The marathon is a running event with a distance of 42,195 metres. The name comes from the soldier Pheidippides who, according to Greek legend, ran from the city of Marathon to Athens to accounce that the Persians had been defeated at the Battle of Marathon. The distance of 42,195 metres is not the exact distance between Marathon and Athens. The running distance has varied between 40 km and 42,75 km throughout the Olympics from 1896 to 1920. In 1921 The International Association of Atheltics Federations (IAAF) decided that the standard marathon length should be 42,195 metres as this was the exact distance that was run in the 1908 Olympics between Windsor and White City Stadium in London.

In 1981 the Oslo Marathon was held for the first time. At this time marathon running had become a major sporting event across the world, and event holders reported large numbers of participants. Every large city also had its own marathon event (New York, London, Stockholm etc). It was therefore natural that Oslo should also have its own marathon event. Bislett Alliansen took initiative and the first Oslo Marathon was underway. 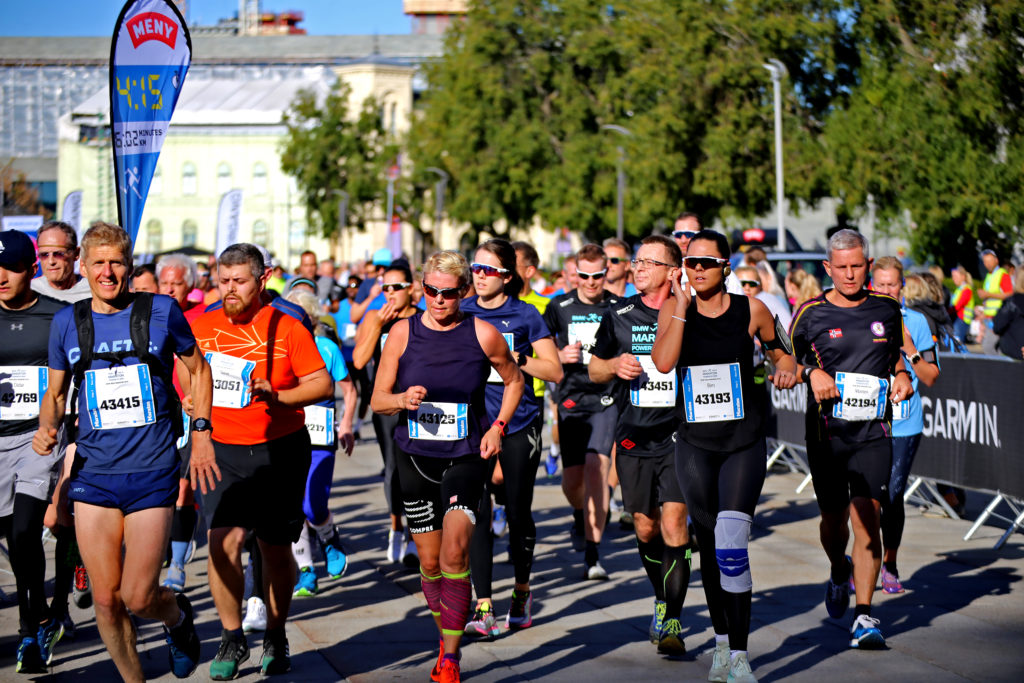 Why run the Marathon?

There are over 500 marathon events in the world over the course of a year. Why not run the marathon in beautiful Oslo? Here you will run two rounds of the city with the start and finish lines at Rådhusplassen. The run will take you around Skøyen, Frogner and Akershusstranda, Aker Brygge, Akershus festning, St. Hanshaugen and Karl Johan. You will have the opportunity to experience Oslo in a completely different way together with other running enthusiasts as well as thousands of people cheering you on.

Participating in a marathon can be the ultimate challenge, both physically and mentally. You will have the chance to test your own limits as well as having a fantastic experience. The average marathon runner has a running time of about 4 hours.